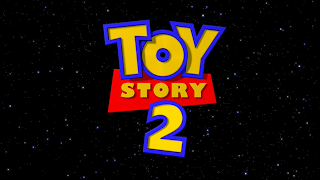 14 years ago today, on November 24, 1999, Toy Story 2 hit theaters. The film became one of the few sequels that matched, and many would say exceeded, its predecessor. It made over $485M worldwide at the box office, spending its first 3 weeks of release in the #1 spot and stayed in theaters for 35 weeks. In addition, it is one of very few films to hold a perfect 100% rating on Rotten Tomatoes (along with Toy Story). Toy Story 2 was directed by John Lasseter and co-directed by Lee Unkrich and Ash Brannon.

Toy Story 2 had quite a roller coaster of a ride to release. It was originally planned as a direct-to-video sequel originally scheduled to be released in late 1998. But Disney management was so impressed with the story that in February, 1998 they upgraded it to a full theatrical release, requiring the story to be reworked and expanding the film length from 60 to about 90 minutes.

One of my favorite Toy Story 2 production stories is how they almost lost the entire film when someone accidentally ran a command on the file server that began removing all the Toy Story 2 files. I first heard this story in The Movie Vanishes Studio Story that can be found on the Toy Story 2 Special Edition Blu-ray/DVD combo pack. The story is narrated by Oren Jacob, who previously was Pixar's CTO and a technical director on Toy Story 2, along with Galyn Susman who was the supervising technical director of the film. I love the animation of Oren Jacob as he and Susman describe how they watched as more and more of the film was deleted and that their backups were bad. As a previous system administrator, I can imagine the panic they were feeling! Recently, Oren Jacob, now co-founder and CEO of ToyTalk, confirmed on Quora that this story is in fact true (the Quora page includes a link to The Movie Vanishes on YouTube).

Back to the production of Toy Story 2. While Disney was very happy with its story, the folks at Pixar realized there were serious problems with the story and with the team developing the film. So at the end of 1998, immediately after the release of A Bug's Life and only 9 months before the film had to be completed, they stopped production of the film and basically started from scratch with re-boarding the entire film. The team worked long hours but delivered the film on time. In a speech to the Stanford Graduate School of Business, Pixar president and co-founder Ed Catmull talks about the lessons learned from making Toy Story 2. Besides talking about the changes implemented afterwards to reduce stress and hours, and the importance of quality, he discusses how critical it is to have the right team, something I have personally experienced in my own career. Catmull states the basic premise or idea of the film never changed, but that the team that came on board at the beginning of 1999 took the good premise and turned it into the fantastic result that Toy Story 2 is. He also speaks of the misconception in the press and by people that a movie, or any product, is often thought of as being a single idea. But in fact, a film or product is comprised of many ideas, and that to have a successful film/product, you need to get the majority of these ideas right, which is another reason why you need to have a strong team that works well. I strongly recommend you listen to the entire presentation as it is full of great ideas for how to run any creative business. If you're interested in the part on Toy Story 2, it begins at about 14:30 of the talk.

Posted by This Day In Pixar at 8:10 PM No comments:

I am back with another look at Pixar's earning reports back before it was purchased by The Walt Disney Company. In this post we'll be reviewing the 3rd quarter of 1997. 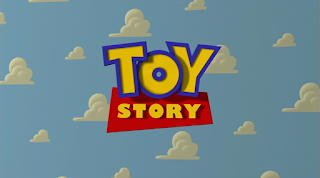 Let's freshen our memories of the situation in late 1997. Toy Story was released in late 1995, and Pixar's next film, A Bug's Life, would not be coming out until the end of 1998. At this time, Toy Story 2 was still being planned as a straight-to-video sequel set for a late 1998 release (in the quarterly report it was referred to as the Toy Story Video Sequel as they had still not given it an official name). Pixar's revenues had been doing quite well through 1996 and the first half of 1997 due to first theatrical revenue from Toy Story, and then the home video release and other merchandising of the film. But if you've read any of my previous posts on the earnings reports, Pixar had been warning of decreasing revenues, and in the 3rd quarter we are able to see this quite clearly.

Revenues totaled $5.3M for the quarter, compared to $13.5M in the 3rd quarter of 1996. Animation service revenue was almost $900,000 from projects related to A Bug's Life.  Software revenue for the quarter was almost $910,000, primarily from RenderMan licenses. Revenue from their patent licensing deal with Silicon Graphics (SGI) was only $28,000. As a reminder, in 1996 Pixar and SGI signed a licensing deal allowing SGI to use Pixar's patents for creating photo-realistic CGI images. The agreement called for SGI to pay Pixar a total of $11M, of which was broken into $6M in cash paid in March, 1996, and the other $5M as a credit for Pixar to purchase SGI hardware and software. As of the end of the 3rd quarter of 1997, Pixar had used over $4.7M of the $5M credit.

Film revenue for the quarter was $3.5M, primarily from Toy Story home video sales. This was a significant drop from the second quarter of 1997, where Pixar had $11.6M in film revenue. It should be pointed out the drop was even larger, as $1.8M of the $3.5M was from a one-time payment from Disney due to a recalculation of the marketing and distribution costs incurred by Disney. According to the Feature Film agreement, Disney received a larger percentage of film revenues until they had been reimbursed for their costs to market and distribute the film. During the quarter, Disney determined they had recovered all their costs earlier than previously thought, therefore Pixar should have received a larger percentage of the revenue earlier than they had. This extra revenue amounted to $1.8M and was paid in the third quarter.

As was usual for Pixar, their gross margins were amazing (I wish all the companies I invest in had margins like these). For the quarter they were over 88%, compared to over 86% in the comparable quarter from 1996. High margins were delivered by all segments. Costs of software revenue was 3%, consistent with the previous year. Since Pixar capitalized most of the costs for developing the software, these costs are basically what it took to package the software. As for patent licensing revenue, there were no related costs.

Costs of animation services revenue was much higher than the other segments at 60%, but this was down significantly from the same quarter in 1996 which was 84%. In 1996 Pixar had decided to get out of the animated TV commercial business to focus on development of feature films and related short-term projects. Pixar needed to focus on A Bug's Life and Toy Story 2, so closing the TV commercial business and refocusing those animators made a lot of sense, and I'm sure with those (relatively) low margins that made the decision even easier.

Finally, cost of film revenues for the quarter was low - only $85,000! This equates to a cost of 2%, compared to 7% in the previous quarter. These costs are small, as Disney reimbursed Pixar for almost all development costs of Toy Story, but Pixar was responsible if they went over budget. To account for these overages, Pixar would capitalize the costs as they occurred, and then amortize the costs as revenue from Toy Story came in. As for A Bug's Life and Toy Story 2, they were developed under the new co-production agreement which required Pixar to pay half of all development costs (but they would get half of all revenue). As of the 3rd quarter of 1997, Pixar had accrued over $23M in film development costs.

As for expenses, Pixar only incurred $658,000, or 12% of revenue, in the 3rd quarter of 1997 compared to $2.8M or 21% of revenue. But this is somewhat an aberration as expenses were reduced by a $2.2M one-time payment from Disney. The co-production agreement was signed in February, 1997, which as mentioned above requires Disney to pay for half of all development costs. Since A Bug's Life and Toy Story 2 had both been in production since 1996, Pixar had already incurred costs for these films, so Disney was obligated to pay for half of those costs. Without this one-time payment, Pixar's expenses would have been $2.8M or over 53% of revenue!

For the bottom line, Pixar had net income of $3.6M (69% profit margin), compared to $10.2M (76% profit margin). It's interesting to note that Pixar made $2.4M just on interest from their cash and investments (Pixar had over $172M in cash and short-term investments).

Given these mixed results, what did the stock market think? I mean, their margins were still stellar but if you take out one-time items like the $1.8M in extra revenue and the $2.2M reduction in expenses, plus non-operating results like $2.4M in interest, it was obvious revenue and earnings were on a downswing that would likely show no improvement for over a year when revenue from A Bug's Life started coming in. But as is often the case in the stock market, investors seem to ignore these results in anticipation of the future and the next film release. Pixar's stock price had slowly increased through the summer, from around $15 to close to $25 by the time Pixar released 3rd quarter results. The stock price only dropped slightly through the end of the year and was still in the low $20s. As we will see in future posts, the stock price took some wild swings throughout 1998 as we approach the release of A Bug's Life and the announcement of Toy Story 2 getting a full theatrical release.