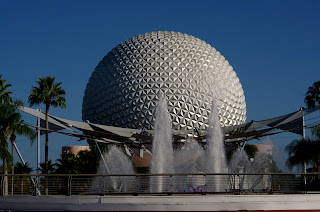 I love going to Disney World! We try going almost once a year, but being in Minnesota that can be difficult (what we often do is buy annual passes and go twice within a 12 month period, then skip a year and do the same routine again). Probably my most favorite event at Disney World is Epcot's International Food and Wine Festival. It's held every fall and combines 2 things I love - food and Epcot!

If you are going to the Food and Wine Festival this year, then you have an opportunity to meet John Lasseter! John and his wife Nancy will be hosts for one of the Winery Series events held at the Flying Fish Café, where they will highlight wines from the Lasseter Vineyards in Sonoma, California. The Flying Fish Café is an excellent restaurant located on Disney's Boardwalk, just a few minutes walk from Epcot's International Gateway entrance. This will be an intimate meal with the Lasseters on Thursday, October 17. The reception begins at 6pm with dinner starting at 6:15pm. Seating is limited to only 32, so if you are interested, I recommend calling Disney ASAP at (407) 939-5102 as last year's event sold out. I don't have pricing for this event, but last year's event cost $130/person. I will update this post once I get official pricing.

Last year, the Lasseters hosted a similar event at Citricos at the Grand Floridian Resort. In addition, John and Nancy hosted a Beverage Seminar inside the Food and Wine Festival Welcome Center (the old Wonders of Life Pavilion). The Beverage Seminars are much less expensive (usually $16/person or less), last 45-60 minutes and include tasting of the beverages being shown. Disney hasn't released the official Beverage Seminar schedule yet, but as soon as they do (and if the Lasseters are hosting one) I will update this post with the news! Last year's event also sold out, so again, you should make your reservations as soon as possible. Disney will start accepting reservations on August 13 at 7am Eastern, but if you are an annual passholder, Disney Vacation Club member, Tables in Wonderland member or Golden Oak resident, you can make your reservations starting August 9. To make reservations, call (800) WDW-FEST (939-3378).

I will be at the Food and Wine Festival this year, but sadly not on the 17th. I'm hoping the Lasseters host a Beverage Seminar while I'm at the festival. I was a bit upset last year, as I was at the festival on the same days that John was there. Unfortunately I didn't know about the events until afterwards! So much for all my planning efforts! 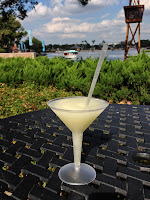 Check back here over the next few days for any updates. If you're looking for more information on the Food and Wine Festival, I strongly suggest checking out the Disney Food Blog, which does a great job covering the festival, with pictures and menus of all the booths plus details on the special events and activities occurring during the festival. And check out my post from last year's festival, which includes pictures of all the different food we tried!

UPDATE:
The details for the Beverage Seminars have been released, and the Lasseter Family Winery will be hosting a wine seminar on Thursday, October 17 at 2pm. The cost is $14 per person (annual passholders, Disney Vacation Club members, Tables in Wonderland members or Golden Oak residents receive a $2 per person discount). The Beverage Seminars are held in the Festival Welcome Center (the old Wonders of Life Pavilion). If you are an annual passholder, Disney Vacation Club member, Tables in Wonderland member or Golden Oak resident you can begin making your reservations now, otherwise you'll have to wait until August 13 at 7am Eastern. Call (407) WDW-FEST to make your reservations. Full details on the Beverage Seminars and all the low-cost seminars and demonstrations can be found on the Disney Food Blog! You can also check out my trip report from last year's Food & Wine Festival.

Posted by This Day In Pixar at 8:38 PM No comments:

I noticed that The Walt Disney Company will be announcing their quarterly earnings in a couple of weeks. If you were a Pixar shareholder when the Pixar/Disney merger was completed, you would have become a Disney shareholder as I explained in my previous post on the merger.  For a large company, I think Disney stock has done well, more than doubling from the upper $20s to the mid $60s, and a tripling of the dividend. Of course, the question for those of us who were Pixar shareholders, would we have done better if Pixar had remained independent? We will never know the answer to that question. At some point I hope to write a post on the benefits and disadvantages of the merger.

But for today, I'd like to continue my series on previous Pixar earnings reports, this time going back to the second quarter of 1997. From all accounts, Pixar had a blowout quarter! Revenue increased over 100% to $14.4M from $6.9M in 1996. The majority of this revenue came from Toy Story home video and other related merchandise income, which more than doubled to $11.6M vs. $5.0M in the second quarter of 1996. In addition, their software division did well, bringing in $1.1M vs. $722,000, primarily due to more RenderMan licenses being sold. They also continued to benefit from their patent license agreement with SGI, which contributed $1.5M. Only the animation services group saw a year-over-year decrease, which was expected as Pixar had mostly exited that business in mid-1996. The $269,000 in animation services revenue was due to projects related to A Bug's Life.

As I've said in prior posts, Pixar's gross margins were very high, and this quarter was no exception. Gross margin increased from about $5.7M (or 82.5% of total revenue) in the second quarter of 1996 to $13.4M (over 93%) in 1997. A large part of the increase was due to the decrease in animation services, which had a higher cost of service. Also, film gross margins increased from 92% in 1996 to almost 93.5% in 1997. I have also mentioned that Pixar's operating expenses had been increasing as competition for animation and technical people was rising, and the company was bringing more staff on board. So it may surprise you to learn that their operating expenses decreased this quarter versus the year ago period! This was due to the new Co-Production agreement Disney and Pixar signed earlier in 1997, which required Disney to pay half of all film production costs plus certain R&D and other general/administrative expenses. R&D expenses did increase 18% to $1.4M, primarily for RenderMan research and support. General and administrative expenses stayed roughly even at $1.0M and sales and marketing expenses dropped over 40% to $353,000 due to Pixar exiting the television commercial business. Given the increase in revenue and good expense control, Pixar's net income increased over 86% from $4.8M in 1996 to $8.9M in 1997!

Pixar's balance sheet was also very strong, with cash and short-term investments of almost $179M vs. $161M at the beginning of the year. The majority of the cash increase was due to the 1 million shares of Pixar stock that Disney purchased as part of the new Co-Production agreement. Other items of interest on the balance sheet was the $7.5M Pixar had accrued in film costs, which represented Pixar's share of costs in the development of A Bug's Life. This amount would be paid to Disney by the end of the year. Pixar had also accumulated $19.6M in capitalized film production costs for A Bug's Life and Toy Story 2, which was still being developed as a direct-to-video sequel. These production costs would need to be offset by future revenue for Pixar to show a profit on these films.

Once again, Pixar was very cautious in their expectations for the rest of 1997 and 1998. They stated they did not expect any future revenue from Toy Story home video sales, and did not expect any revenue from A Bug's Life or Toy Story 2 until 1999, thereby causing a significant decline in operating results. Of course, they said similar things in the first quarter 1997 report, and look at how good the results were! 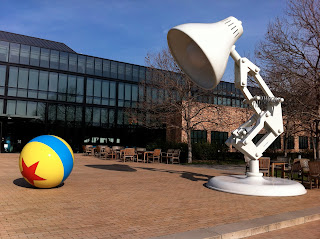 I found two other very interesting tidbits in this quarterly report. The first was that in May, 1997, Pixar paid $5.8M to purchase land in Emeryville for their new headquarters (I wrote about the land purchase in more detail in May, 2012). Pixar stated in the report they would spend over $10M in 1997 and over $12M in 1998 on the construction of the studio, which wouldn't be finished until the end of 2000. Fortunately, with $179M in cash, Pixar would probably be able to fund the construction plus ongoing operating expenses without having to resort to a secondary stock offering or taking on debt.

The other interesting note, from what I can tell, was the first mention that the second theatrical release was being developed. In the Co-Production agreement, Pixar agreed to develop 5 new theatrical films, with the first being A Bug's Life. Therefore, there would have to be four more films produced. But this was the first time I found information that the second film, which would become Monsters, Inc., was actually in development. I should mention that if you're interested in hearing more about Monsters, Inc. you need to listen to The Pixar Post's episode 15, where TJ, Julie and I discuss its development plus other interesting notes like the lawsuits that were brought against it. If you're curious as to why Toy Story 2 wasn't considered the second film, it's because it was a sequel to Toy Story, so it was developed under the original Feature Film agreement. Posted by This Day In Pixar at 8:46 PM No comments: