I have never been to The Walt Disney Family Museum, but I think it would be well worth a trip to San Francisco just to go there! In addition to the film screenings, galleries and special programs, they have a constant flow of artists and animators coming through to give lectures and demonstrations. With Pixar right across the bay from the museum, it's not surprising that many of these talks are led by Pixarians. And it looks like there is a great slate of upcoming talks featuring some of these Pixar artists! I previously wrote about some of these events, and thought now would be a good time to refresh that list. 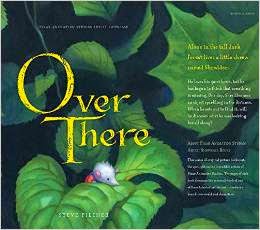 The first event is called Over There with Steve Pilcher, who was the production designer on Brave. Steve will read from his soon-to-be-released children's book Over There and then do a book signing. Tickets are $20 for adult non-members or $12 for members. The program takes place tomorrow, Saturday, September 20 at 2:30pm! It looks like tickets are still available!

Next is a 5 part talk called Animation Basics: Breaking Down the Magic. Part 1 will focus on story, the use of storyboards and the development of the script and will be hosted by Inside Out co-director Ronnie del Carmen. This event will take place on Saturday, October 25th.


Part 2 of the Animation Basics series is subtitled Character and is taking place Saturday, December 6th. This event will cover character development, the use of maquettes and the importance of casting and voice. It will feature a number of Pixarians, including production designer Ricky Nierva, art director Matt Nolte, character sculptor Jerome Ranft, producer and casting director Kevin Reher and casting manager Natalie Lyon!

Dates and hosts of parts 3 through 5 haven't been announced yet, so keep an eye on the museum's calendar!

The last event I want to mention is the CalArts Fall Open House, being held on Saturday, October 18th. Alumni and staff from the world-renowned school will host a reception and discussion regarding its programs and admission requirements. This is an awesome way for prospective students to meet some of the leading artists and instructors in animation. With the large number of CalArts graduates at Pixar, while I don't know for sure, I can't help but think there will some at this event. Registration for it will begin on October 1st.

Tickets for these events may run out, so if you're planning on going you should buy them sooner rather than later!
Posted by This Day In Pixar at 8:38 PM No comments:

I'm back with another look at Pixar's earnings from when they were a standalone company. In my continuing series, this post will look at their first quarter 1998 earnings report, which was announced after the market closed on Thursday, April 23, 1998. At this time, little money was flowing in but the company was busier than ever. 3 films were in different stages of development - A Bug's Life, which would be released later in the year, Toy Story 2, which in February, 1998, had been upgraded to a theatrical release (from a direct-to-video sequel), and Monsters, Inc. (officially referred to as "Film 4") was in early development.

Film revenue from Toy Story home video and merchandise was $4.0 million vs. $6.3 million in the same quarter of 1997. Through the end of March, 1998, Pixar had received just shy of $50 million from Toy Story. Given that the film made $362 million worldwide plus the hundreds of millions more in home video and merchandise sales, it's obvious why Pixar pushed for the Co-Production Agreement, where Pixar and Disney would share equally in all costs and revenues (versus the approximately 10% - 15% it was receiving in accordance with the original Feature Film agreement).

Even though the Animation Services department was shut down in 1997 to reassign its artists to A Bug's Life and Toy Story 2, the segment generated $171,000 in revenue due to royalties from their Toy Story CD-ROM interactive games. Software sales of RenderMan generated another $673,000 and patent licensing brought in $117,000, to bring total quarterly revenues to just shy of $5 million versus $7.9 million in 1997. While revenue in 1998 was lower, gross margins actually improved from 92.8% in 1997 to 98.5%! This was due to the lack of any film-related expenses - all costs from the production of Toy Story had already been accounted for. In addition, Pixar was capitalizing almost all development costs for its upcoming films, so while it was showing up on the cash flow statement (in the sum of $7.5 million), it wouldn't actually impact the income statement until it could be offset against the revenue of the upcoming film releases.

Although earnings per share dropped from $0.11 in 1997 to $0.08, the stock reacted very favorably to the earnings report as analysts had expected the company to only breakeven. The stock jumped over 8.7% the day after the earnings report to $44 5/16. This was on top of the almost 6% gain the previous day when Disney announced better than expected earnings and a 3-for-1 stock split. Pixar's stock had a great run in early 1998, more than doubling since the beginning of the year. 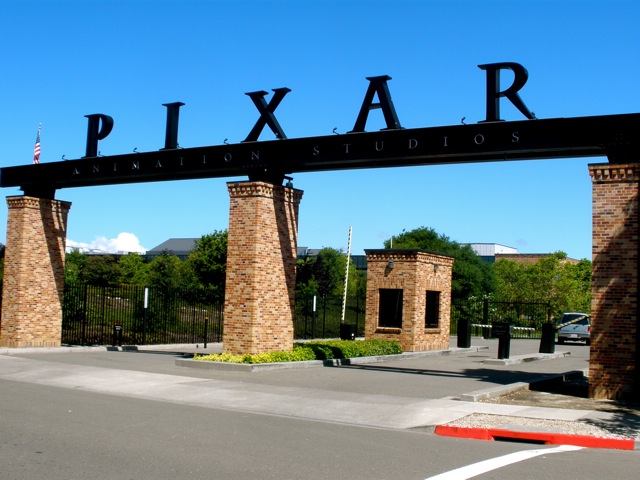 There wasn't much else of note in the quarterly report, besides the upgrade of Toy Story 2 from direct-to-video to full theatrical release. Some other minor items included that construction of the new Emeryville headquarters would start in the second half of 1998, and the earliest discussion I recall seeing regarding the studio's Y2K planning and preparation.

I'll be back in a few weeks to discuss Pixar's 1998 second quarter results.