This Day in Pixar History: Development of the First Cars Film 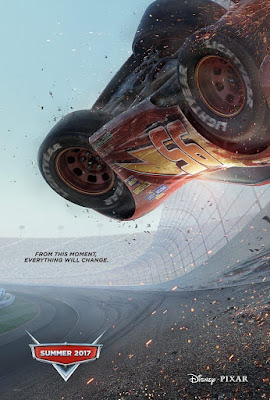 Pixar's next film, Cars 3, will be in theaters exactly 4 months from today, and the marketing for the film is definitely heating up! We've had that shocking teaser trailer plus the special preview that took place at the Detroit Auto Show (check out the great write-up from the Pixar Post). I can't wait!

While waiting for Cars 3 to arrive, I've been spending time watching the two earlier Cars films and their bonus features. I've previously written about my love for the original Cars, including a couple of my own trips along the Main Street of America, but I thought it would be good to explore one specific aspect of the film's development. I very briefly mentioned this in the last line of a post back in 2013 but only recently thought about the impact it must have had on the company and employees.

The development of Cars can be traced back to 1998 near the end of production for A Bug's Life, when story artist Jorgen Klubien began development on a concept referred to as The Yellow Car. The story really took off in 2001 after director John Lasseter took his family on a cross-country road trip that included driving on Route 66. As with all Pixar films, there was plenty of research done. For Cars, that included a couple of road trips along Route 66, which were highlighted in the Route 66 Memory Lane bonus feature on the Cars DVD and Blu-Ray. In the feature, you can hear John's passion as he recounts many of the people and locations they saw as they traveled the Mother Road, and I loved seeing how much of the design, look, characters and even the pacing of the film were influenced by what they experienced. At the end of the feature, John states that Cars is the most personal movie he's ever made. I don't think there's any doubt that these films are a labor of love.

So imagine what it must've been like for Lasseter and the rest of the crew that as they were pouring their heart and soul into this film, they were on the verge of losing the rights and access to not only the characters in this film but all the characters they'd brought to life in their previous 6 films. 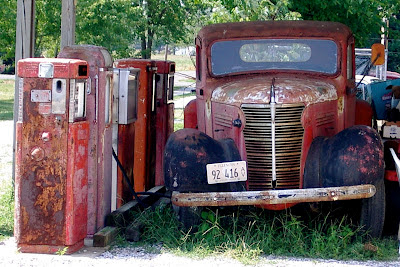 To elaborate, during the time Cars was being developed, Steve Jobs and Pixar had tried to renegotiate their 10 year, 5 film Co-Production agreement with Disney. Cars was the last of the 5 films to be delivered under the agreement. The negotiations started in early 2003, and 10 months later, on January 29, 2004, Pixar announced they had terminated the negotiations and would find a new partner to distribute their films.  According to their existing agreement, Disney retained rights to all films and characters created under the agreement. In addition, Disney could create sequels or use the characters in their theme parks. Pixar would have the opportunity to participate in, and receive compensation for, any sequels, but if they declined to participate, the final decision to move ahead resided solely with Disney. In fact, near the end of 2004 Disney announced they were moving ahead with a Toy Story 3 sequel without the involvement of Pixar.

This had to be one of the most nerve-racking times for the employees at Pixar. Throughout the last 2 years of production, they were working on a film knowing that once complete, they would hand it over to Disney and lose the rights to their work. I can't imagine how difficult it must have been to come into work knowing this and still being able to keep their focus, and produce a film full of fun and heart, one with great messages of loyalty and the importance of slowing down and enjoying life.

I think for many companies this would have been too much. The devastation of losing all of your creations of the past 15 years, and the uncertainty of what the future held would've torn them apart. But in Pixar's case, it seems it had the opposite effect. I think it solidified the company and brought everyone together. They may not have known what was ahead, but they put all their passion and focus into their work and each other, committing to come up with better stories and characters. They maintained their optimism for the future.

In the end, things turned out well. In the fall of 2005, Disney CEO Michael Eisner resigned from the Walt Disney Company, and President and Chief Operating Officer Bob Iger took over. Immediately, relationships between Disney and Pixar began to improve. And in late January, 2006, almost exactly 2 years after announcing they were terminating their agreement with Disney, Pixar announced it would be merging with its larger partner, which took place 4 months later, just one month before the release of Cars.

I think as proof of the positive impact these events had on the company, just look at the domestic box office totals (from Box Office Mojo) and critical success (from Rotten Tomatoes) of the 4 films Pixar released after Cars:

As you can see, each consecutive film had higher results than its predecessor. This is how one turns adversity into success, and is another example of the strength of Pixar's people and culture.

Posted by This Day In Pixar at 6:45 AM No comments: