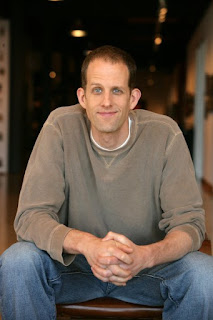 Exciting news for anyone living close to Minneapolis! Pete Docter, long time Pixar animator and director of this summer's tear-inducing mega-hit Inside Out, is coming back to his hometown to give a talk titled Inside the Creative Community: The Power and Process of Animated Film. I don't have any further information on what Pete will talk about, but I'm hoping we'll get some great information on how Pixar creates films and the studio's creative and collaborative culture. At the same time, given the title and forum, I hope it includes the positive impact animated films can make on society.

Pete will be speaking at the Westminster Town Hall Forum on Monday, September 28th. The forum is free and will take place at the Westminster Presbyterian Church, a beautiful venue in downtown Minneapolis. According to its website, the mission of the Westminster Town Hall Forum is to engage the public in reflection and dialogue on the key issues of our day from an ethical perspective. Previous speakers have included a variety of well known and influential celebrities, politicians and educators, including Al Gore, Desmond Tutu, Andrew Zimmern, Salman Rushdie and Tom Brokaw.

The doors open at 6pm and the event will start at 7pm. It should last about an hour, consisting of Docter's talk and a Q&A session where audience members can submit written questions. It will be followed by a public reception. From other talks I have attended at Westminster, the presenter has participated in the reception, meeting guests and signing books, but there's been no confirmation that Pete will be able to stay for the reception. If I get official confirmation, I'll update this post. For directions to the church, see the Westminster website.

I will try to tweet some pictures and updates during the event. If you can't make it, I think it will be recorded and posted on the Westminster archive page. They also usually broadcast the events on Minnesota Public Radio's MPR News Presents show.
Posted by This Day In Pixar at 9:36 AM No comments: