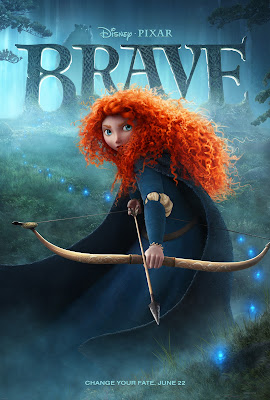 Brave was released with the excellent short film La Luna by Enrico Casarosa, with a beautiful score by Michael Giacchino.

Brave was a great, fresh take on the fairy tale story with strong female characters and a new interpretation of a princess character. It's really the relationship between Merida and Elinor that moves the story forward and sets it apart. 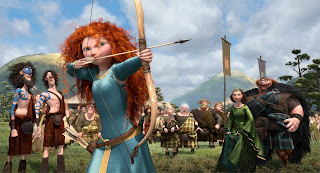 The archery scene where Merida declares she will shoot for her own hand, and splits Dingwall's arrow with her own, still gives me goosebumps. The film then jumps to the fight inside the castle between Merida and her mother; the animation is beautiful and full of such emotion. I also just love the music; I still often listen to the soundtrack (composed by Patrick Doyle), and think Touch the Sky is an awesome song.

I remember being stunned by the complexity of the film - the number of sets; all the atmospheric conditions -  rain, water, mist and fog; the different light conditions - full sunlight, candles and torches, moonlight,  and dark shadowed forests. And how can we forget Merida's wild and crazy hair?! It was a huge leap forward in simulations, photorealistic sets and environments. 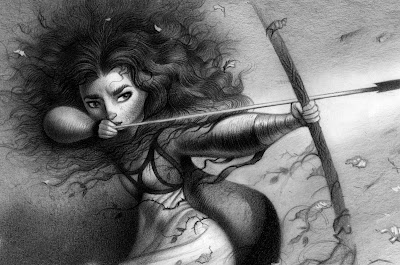 Here are some fun facts: