Toy Story: The Art and Making of the Animated Film 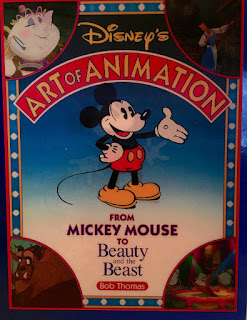 Living in Minnesota, our family has a tendency to want to get away to someplace warm. That usually consists of going to either Disney World or Sanibel Island. My wife and I made our first trip to Sanibel about 20 years ago and since then we've returned a number of times. I can remember on our first trip bringing the book Disney's Art of Animation by Bob Thomas. I was mesmerized by this book and loved learning about the process of making animated films. I especially enjoyed the second part of the book that focused on Beauty and the Beast. It's how I began learning about the current generation of Disney artists like Chris Sanders, Kirk Wise, Gary Trousdale, Glen Keane, Brenda Chapman, James Baxter, and Lisa Keene. That first trip started a tradition of bringing an Art of book whenever we go to Sanibel. I find it very relaxing to sit on the patio or lanai, listening to the waves and reading some sort of Art of or Making of animation book. 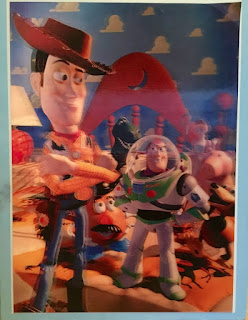 We just returned from Sanibel where we were celebrating my wife's birthday. On this trip I brought Toy Story: The Art and Making of the Animated Film by John Lasseter and Steve Daly. It felt right to bring this book as this month is the 20th anniversary of the release of Toy Story.

Toy Story: The Art and Making of the Animated Film is a gorgeous book and is so fun to look at, starting with the lenticular cover. If you're familiar with other Pixar Art of books, this one is somewhat different. True, it is full of pre-production artwork. There is plenty of beautiful color script and lighting art from artists like Ralph Eggleston and Tia Kratter, plus character concept and story art by Bud Luckey, Jeff Pidgeon, Andrew Stanton and Joe Ranft. But the book also has gorgeous fully rendered images from the film to complement the artwork. It's cool to see the storyboards side-by-side with their rendered versions. 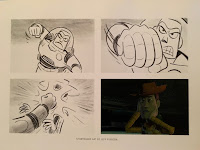 Also, where there is usually limited text in the Art of books, this one provides great, in-depth discussions of Pixar's film-making process. There are detailed descriptions of character development and the voice actors, with extra time spent on the main characters including Woody, Buzz, Sid, Rex, Slinky, Mr. Potato Head, Hamm and Bo Peep. In addition, there are separate sections for story, modeling, layout, sets, animation, lighting, rendering, music and sound effects. I also enjoyed that the book talks about some of the tools used, such as the animation software. There are also a number of great stories, such as Black Friday, the story session that led to the green aliens and "the claw", and the evolution of the Pizza Planet restaurant.

All in all, this is a great book and addition to the rest of the Art of collection. I highly recommend picking up a copy! 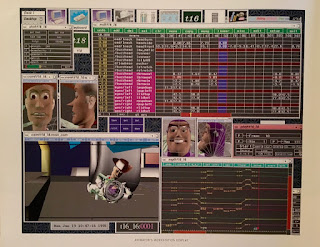