This Day in Pixar History: Toy Story 3, Art of Animation Resort, and Brave!

June has historically been a busy month for Pixar, and today, June 18, exemplifies this! Here are 3 major events that have occurred on this day. 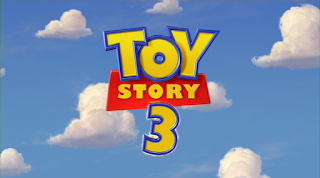 First we have the theatrical release of Toy Story 3, which I also wrote about last year. Toy Story 3 is the most successful (in terms of box office revenue) animated film of all time! It made an astounding $110 million in its opening weekend and ended up with over $1 billion worldwide. Toy Story 3 had it all - great heart, a great story and a lot of humor! I start chuckling out loud when I think of the tortilla scene, or any scene with Ken and Barbie! And who could forget Day & Night, the totally unique short film directed by Teddy Newton? It sounds like Newton is working on a new project for Pixar, and I would love to see what he could dream up for a feature length film.


Next up, a year ago the Cars-inspired section of the Art of Animation Resort at Walt Disney World opened. The Art of Animation Resort opened in 4 phases, the first being the Finding Nemo section in May, 2012. The Cars section was themed like Radiator Springs with the rooms themed like the Cozy Cone Motel. The entire section is full of great details and plenty of life-sized characters from the film including Lightning McQueen, Sally, Doc Hudson and Mater. If you're looking for more information, Inside The Magic did a complete write-up of the new section with videos and pictures of the resort.

Finally, also one year ago on this day, Brave held its world premier at the newly re-opened Dolby Theatre (it had been the Kodak Theater, home of the Academy Awards) in Hollywood! As with all major premiers, Brave had the red carpet out, with appearances by the film's crew such as Mark Andrews, Brenda Chapman, John Lasseter and Katherine Sarafian, plus actors like Kelly Macdonald, Kevin McKidd, Craig Ferguson and Pixar's lucky charm, John Ratzenberger. Another significant moment from the premier was that Brave was the first film completely mixed and released with the new Dolby Atmos audio platform. Dolby Atmos can provide a much more immersive experience as there are 128 separate sound channels. The system can even direct specific sounds and audio to individual speakers in the theater. Very few theaters support Dolby Atmos but hopefully we'll see it get rolled out to more theaters over time. If you're looking for more information and pictures from the premier, the Pixar Times wrote an article covering it!