I'm thinking of starting a new series of posts to highlight cool and interesting Pixar-related news articles, interviews and other events. There's so much going on with Pixar, I'm hoping these posts will capture a good portion of the interviews and technology events that are occurring. If this works out I hope to have a post every week or two.

To start with, Fortune has had a couple of excellent posts recently. As part of their recent cover story on The Walt Disney Company, they interviewed Disney and Pixar president Ed Catmull, which covered Pixar's spin-out from Lucasfilm, their merger with Disney and the use of technology in animated films. They also did an in-depth piece on Disney CEO Bob Iger and his role as CTO, which not only covered Pixar but Marvel, Star Wars and technological changes in their theme parks.

Pixarian Colin Levy tweeted a link to an article on short films that launched the careers of famous directors. The article included John Lasseter for the short film Luxo, Jr., which was released in 1986, the year Pixar spun out of Lucasfilm and became a standalone company. The article itself linked to an interview Entertainment Weekly did with Lasseter which went into more detail of the making of Luxo, Jr. and other early short films like Red's Dream and The Adventures of André and Wally B.


Did you see the pre-production artwork for the Toy Story 3 film that never got made? Former Disney artist Jim Martin has released a number of pieces of concept art from when he was at Circle 7 working on the sequel. This was back before Disney bought Pixar and there was a lot of animosity between the 2 CEOs. Fortunately Bob Iger became CEO, purchased Pixar, and put Lasseter and Catmull in charge of animation of both companies. The new leaders immediately put a halt to the sequel and closed down the division.

There have been a couple of recent videos demonstrating the story process at Pixar. First, CGMeetUp posted a video of Monsters University Head of Story Kelsey Mann showing how to pitch a movie scene. The post contains a number of links to other behind-the-scenes clips from Monsters University. 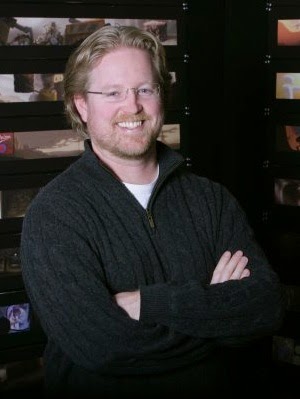 Second, Story Supervisor Matthew Luhn posted an old video of Andrew Stanton and the late Joe Ranft demonstrating the pitch process, with Ranft pitching an entire scene from Toy Story. Note how Joe is pitching the "old fashion" way, standing up at a board with story cards pinned to it, while Mann does his pitch digitally using a computer.

Although Luhn has only been on Twitter for a short time, he has quickly become one of my favorite people to follow. Many of his tweets contain great behind-the-scenes videos and helpful tips. I highly recommend following him!

There are a couple of cool auctions going on at the moment. The first, which I wrote about this weekend, is the Art to Heart fundraiser to raise money for helping those impacted in the Philippines by Typhoon Haiyan. Many of the original art pieces were created by past and current Pixarians such as Ronnie del Carmen, Ricky Nierva, Matt Jones, Dice Tsutsumi, Robert Kondo, Chris Sasaki, John Hoffman and others. This is beautiful artwork and it's going for a great cause.

The second isn't Pixar related but is still wonderful. Cartoon Brew recently posted about an auction that the stop-motion studio Laika is holding on February 12. It doesn't sound like this is an online auction but will include puppets and props from all 3 of their films - Coraline, ParaNorman and The Boxtrolls. A portion of the proceeds will go to The Art of Elysium organization.

And for something fun to end on, David Lally tweeted some simulation bloopers from the making of Brave!

If you come across any Pixar-related interviews or news articles, please send them my way and I'll include them in a future post.