It's been a busy week for Pixar-related articles and interviews! Here are a few of them. First, former Pixar story artist Matt Jones retweeted a post from The Independent that linked to an article showing how Pixar (along with Marvel and Lucasfilm) has helped propel Disney to the top of the box office, and how this success has translated to a growing business in merchandising and at their theme parks. The article also discusses the merger of Disney and Pixar and how Disney CEO Bob Iger won the trust of Ed Catmull.

The next article was brought to my attention by John Huikku, and covered a speech Ed Catmull recently gave at Brigham Young University on breaking down the barriers that get in the way of creativity. If you've followed this blog for a while, you know I've been interested in Pixar's culture for a long time, so needless to say I loved this article.

Sticking with Ed Catmull and creativity, Thought Economics published an interview with Catmull, director Nick Park and Distinguished Research Fellow in the English Department at Washington & Jefferson College Jonathan Gottschall. The interview goes into the secrets of creativity and the importance of storytelling. 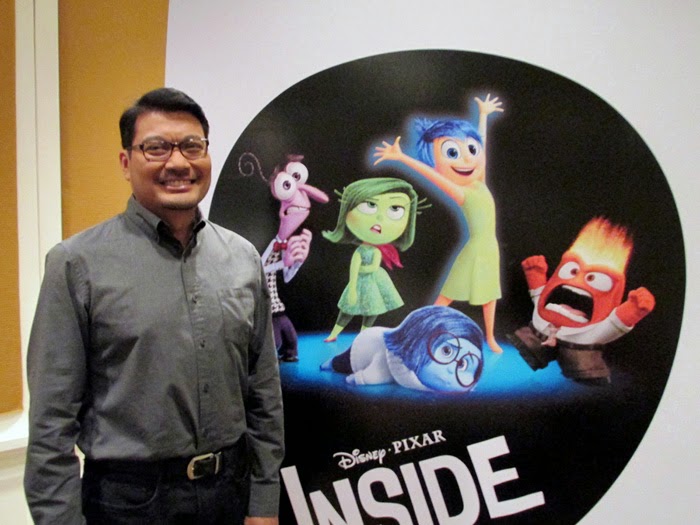 Last is an interview with Ronnie del Carmen that I found from Annie Alejo. del Carmen was story supervisor on Finding Nemo and Up, and now is co-directing Inside Out. I'm a huge fan of Ronnie's personal projects, especially his books on Nina. Ronnie was born in the Philippines and this interview took place when he recently visited there. It's a very personal interview as del Carmen recounts how his father's business failed and they moved to the United States, and how he showed storyboard sequences from Up to his hospitalized dad. Ronnie's story is definitely one of perseverance!