Last year I attended Pixar Weekend at Epcot at the Walt Disney World Resort. It ran for 3 days (May 13-15) on the last weekend of Epcot's Flower and Garden festival. The event was billed as a celebration of Pixar's 25th anniversary and included information and character meet-and-greets from all the Pixar films. But most of the activities focused on the upcoming release of Cars 2.

The main activities began on Saturday the 14th. For me, the highlight of the weekend were the presentations by Jay Ward (Cars Franchise Guardian), producer Jonas Rivera and composer Michael Giacchino, which took place in World Showplace (the building between the Canada and United Kingdom pavilions built for the millennium celebration). Each gave a presentation on both Saturday and Sunday. Their session were titled:
In addition, each night there was a special session with all 3 filmmakers (on Sunday, Cars 2 Supervising Animator Shawn Krause replaced Giacchino). All of the presentations were inspirational and full of fun information. Jay's talk focused on the new characters in Cars 2 and included fun facts like why all but 1 of the racers came from real countries (at one point in the film development they planned on killing one of the racers and felt it would be "impolite" to kill one from a real country!). Jonas gave a great talk about the formation of Pixar and its history. My favorite talk was Michael's. He is so charismatic and told great stories about his childhood, his early interest in filmmaking and how he got involved with Brad Bird and Pixar. Unfortunately I didn't take notes but I think the story basically was that someone inside Pixar who had previously worked with Giacchino took samples of his music and snuck them onto Brad Bird's desk. Bird liked what he heard, and well, the rest is history.

There was no Pixar Weekend this year, but as The Pixar Post reported a few days ago, the Car Masters Weekend is returning on June 2-3. It will include appearances by Jay Ward and Chip Foose, who helped designed Ramone and the Cars wing at Disney's Art of Animation Resort. I'd love to see Disney and Pixar bring back Pixar Weekend with more guest speakers and artwork. Maybe they could make it an annual event - the presentations were well attended and I'm sure would bring in a number of Pixar fans.

If anyone attends the Car Masters Weekend I'd love to hear about your experience!

Below are a few pictures I took from the event. I want to apologize in advance for the poor quality of the pictures - I took them from my iPhone, which struggles under low light. First are some pictures from the filmmaker presentations. 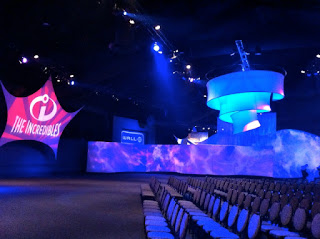 There were plenty of opportunities for character meet-and-greets inside World Showplace and other locations around Epcot. 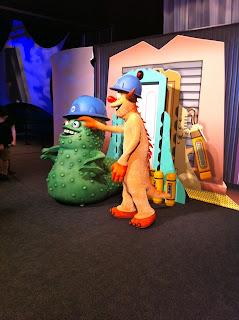 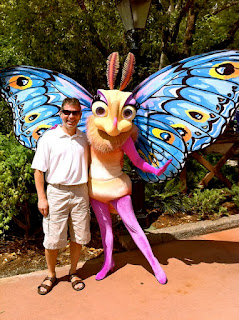 Outside of World Showplace, there were large banners for each of Pixar's films, plus a couple for some of the Easter eggs hidden in their films. 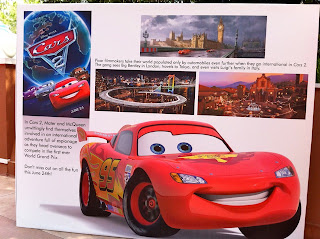 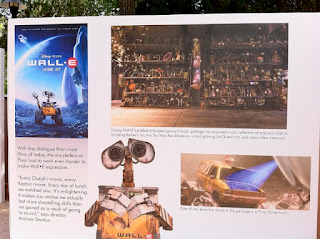 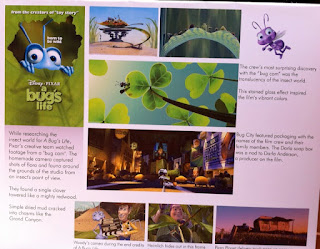 There was plenty of other Pixar-related artwork and banners around the parks, mostly at Epcot and Hollywood Studios. And given it was the Flower and Garden Festival, there were topiaries of Cars characters. 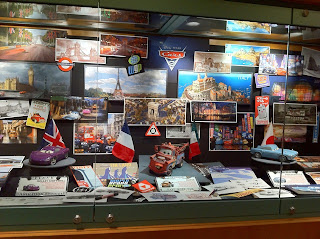 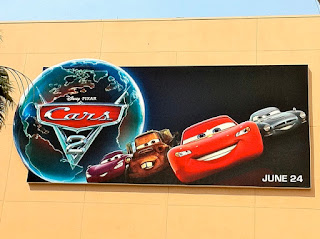 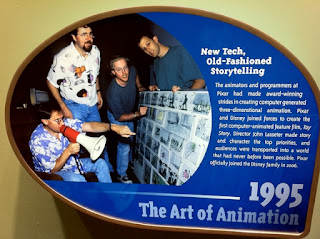 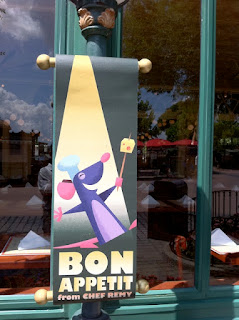 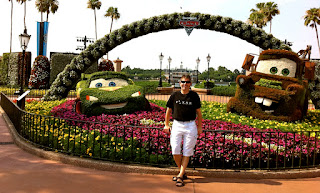