Wow, this is a busy month for people to both start at Pixar and have their birthdays! First, some Pixarians who started at Pixar during October: 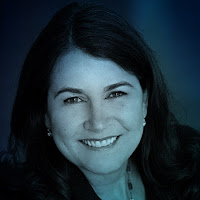 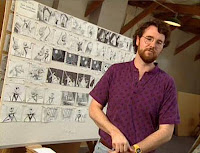 Finally, the late Joe Ranft started at Pixar in 1992. One of the early, key artists at Pixar (along with Lasseter, Pete Docter and Andrew Stanton), Ranft was Pixar's first Head of Story and made large contributions to a number of early Pixar films from Toy Story through Cars, where he received Director credit alongside Lasseter. He also voiced a number of memorable characters such as Lenny the binocular from Toy Story, Heimlich the caterpillar in A Bug's Life, Wheezy in Toy Story 2 and Jacques in Finding Nemo. Prior to Pixar, Ranft worked on many animated films for The Walt Disney Company, including Beauty and the Beast, The Lion King, The Nightmare Before Christmas and James and the Giant Peach. Sadly, Joe died in a car accident on August 16, 2005, near the end of production on Cars. Joe was a comedic genius and loyal friend to many people inside and out of Pixar. From the number of tributes and comments across the web and on sites like YouTube and his Facebook page, it is easy to see the impact he has had. One of the most poignant tributes was done by John Musker for what would have been Ranft's 50th birthday.

In sad news, Steve Jobs passed away last year on October 5. William at A113Animation wrote a wonderful piece on the one year anniversary of Steve's passing that is more eloquent than anything I could ever come up with, so I won't try. But I can say that two of the companies Steve led (Pixar and Apple) probably have had more impact on my life and of my family than any other company.

Also, Pixar animator Glenn McQueen passed away on October 29, 2002 at the age of 41. He started at Pixar in 1994 as an animator on Toy Story, and was Supervising Animator on their next 3 films, A Bug's Life, Toy Story 2 and Monsters, Inc. He passed away during the production of Finding Nemo. McQueen was described as "the heart and soul of the animation department" by John Lasseter. Finding Nemo was dedicated to McQueen, and there is a very nice tribute to him on the Finding Nemo DVD.
Posted by This Day In Pixar at 8:37 AM